Tips to Help You Understand the Fretboard 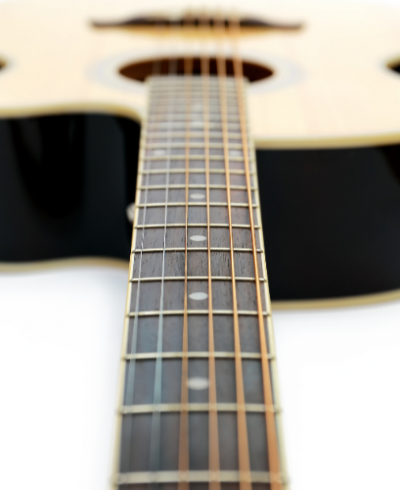 Understanding the fretboard is a must for any serious guitar player. This is a great skill to go over in your guitar lessons. Being able to identify any note will open up a whole new world of chord voicings, scale and arpeggio shapes, and phrasing. I’m going to give you a few tips to make this seemingly daunting task more manageable.

Here are all of the notes on the guitar up to the twelfth fret. I found it helpful, in the beginning, to use the fifth and twelfth fret to split the neck up and make it easier to find notes around them. The first thing you should notice is that the twelfth fret is the octave for any string. That cuts the entire fretboard in half right there. The twelfth fret is where the guitar "starts over." If you can see that, then identifying those notes in the higher register will be alot easier. The fifth fret is also helpful to have as an anchor. The guitar is tuned in 4ths, except for the G and B strings which are tuned to a Major 3rd. This means the fifth fret on most of the strings are the same note as the next open string. (ex: The fifth fret of the A string is D). Since the G and B strings are tuned to a Major 3rd, it's the fourth fret.

The dots on the fretboard are also useful in finding your place on the guitar. Most guitars have dots on the third, fifth, seventh, and ninth frets with twelve having two dots.  A great place to start would be to memorize the dotted frets on the low E and A string. Make it a point to play all your chord progressions as barre chords instead of open chords. Then, you can start to fill in the frets without the dots. Once you have the Low E and A string notes down, you can use octave shapes to find any other note on the guitar. 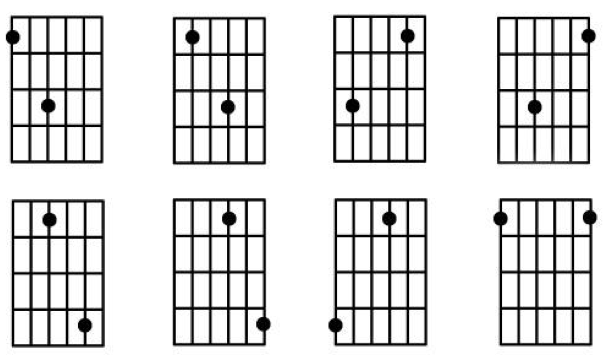 Let’s say you need to find the note on the eighth fret on the B string. The first thing I would do is bring that note down to its lowest octave. You will always land on either the A string or the low E. The first octave below the eighth fret on the B string would take you to the fifth fret of the D string. From there, you could bring that note down another octave and reach the third fret on the low E string. That makes it very easy to identify that all of those notes have been G. Do that, and it won’t be long before you start to remember what the notes are without even having to go through the octaves. Ask your guitar teacher for more tips.