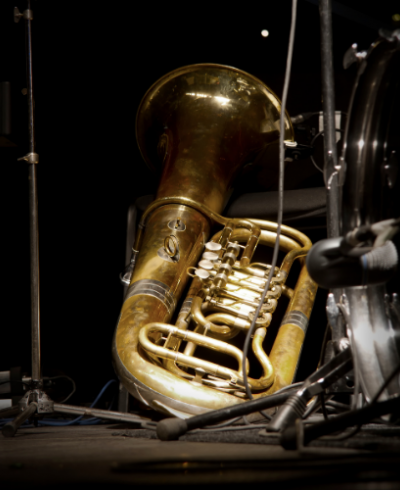 You show up to school band rehearsal, and your band director begins to pass out all the instrumental parts. You might have noticed that the baritone players either play baritone TC, baritone BC, or euphonium parts. Now I have heard even band directors and baritone teachers say, "They're the same thing." Not quite. The baritone and euphonium are both members of the low brass family. Both of these instruments normally read in bass clef, and they both look like miniature tubas. Both of these instruments have identical fingerings.

So with all of this said, it sure sounds like they're the same, right? Well, let's dive into some important components. One of the main differences between the euphonium and baritone is the bore size. The bore size of a brass instrument is defined by its air chamber and tubing size. The baritone has a smaller bore than a euphonium. You can even test this by trying to insert a large bore mouthpiece into a baritone. Guess what? It won't work, because it won't fit. Because the baritone has a smaller bore, it has a much brighter and brassier sound than a euphonium. A euphonium has a larger bore, so its tone will sound darker and deeper.